Cárnicas Dibe about the game meat to supermarkets 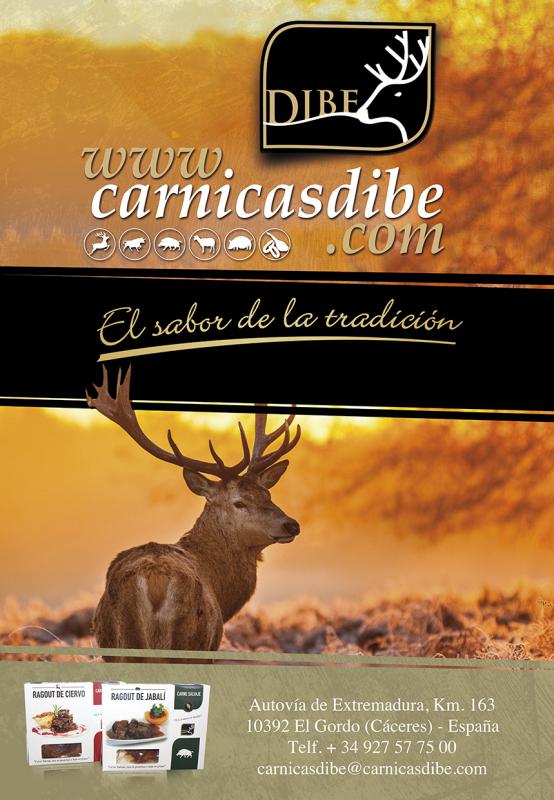 Hunting from within… Cárnicas Dibe is a specialized industry in game meat that currently employs more than 160 people. From summer until the end of winter are working hard to cater to the homes and restaurants of many European countries.

The Spanish game meat raised passions in European markets, where it can be easily found in supermarkets and is appreciated by the consumer. In our country, although there is still a huge lack of knowledge about the nutritional benefits of this meat, as presented to us by Raul Sanchez de Castro of Cárnicas Dibe begin to take importance.

The game takes a long process and a rigorous sanitary control until it reaches our homes. It is a hormone-free meat, with a natural food and who has lived in the wild state up to the time of their capture.

Companies such as the Sánchez de Castro work from summer until the end of the hunting season with intensity: the entire production is concentrated in a few months. To enter the premises of Cárnicas Dibe called attention to the rigorous food safety measures that must be saved as a food industry.

To Cárnicas Dibe arrive the carcasses in refrigerated trucks, where after the veterinary control in the field, will be analyzed in a laboratory within the industry. After analysis, the carcasses go through the process of being skinned and cut up to be flavored or packaging if it is a fresh product.